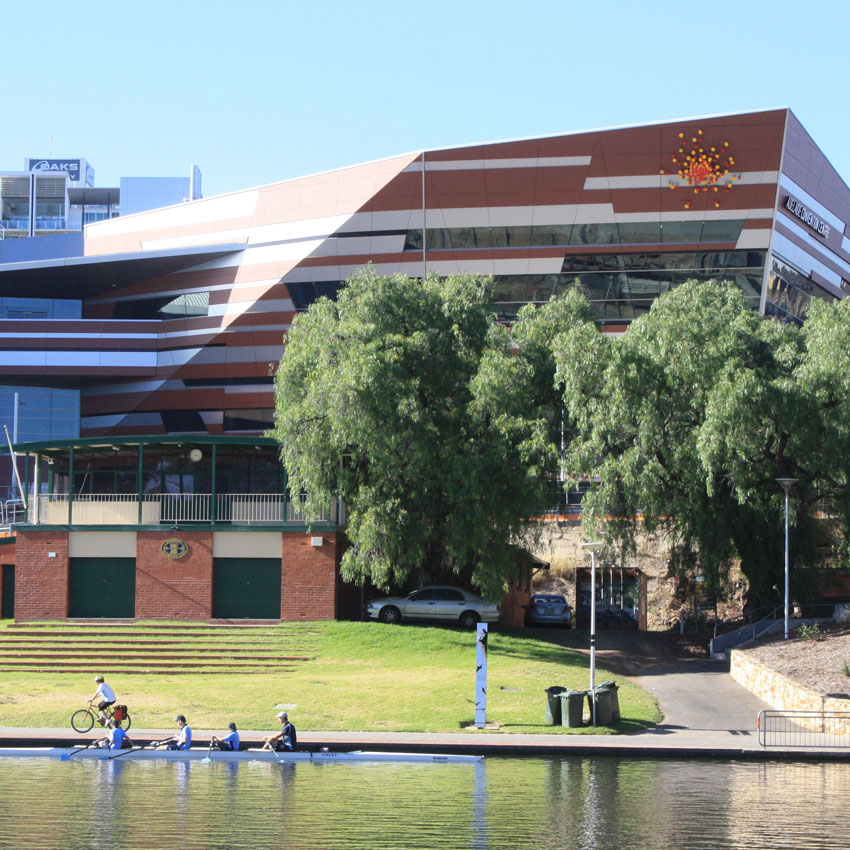 The western extension, the first of the two-part redevelopment plan was completed in March 2015, with the second stage being completed in 2017.

The project has called on our Technical Services Team for wall and ceiling designs, with significant quantities of Rondo systems used in the project including Rondo Stud and Track, KEY-LOCK® Concealed Suspended Ceiling Systems and PANTHER® Access Panels.

The Adelaide Convention Centre Chief Executive Alec Gilbert said the Centre is for all South Australians and one they can be proud of, today, and for decades to come.

“The new West Building opening will reinforce the Centre’s ongoing contribution to growing the economic, social and cultural fabric of South Australia.

“At the Adelaide Convention Centre we’re proudly South Australian – we feel extremely privileged to be part of creating an innovative and forward-thinking state.”

The warm and vibrant colours used in the design of the Adelaide Convention Centre were inspired by South Australia’s Flinders Ranges.

The 300 glass panels that wrap the extension of the building offer panoramic views of the city and riverbank, as well as views of the award-winning South Australian Health and Medical Research Institute (SAHMRI) building and new Royal Adelaide Hospital and Adelaide CBD.