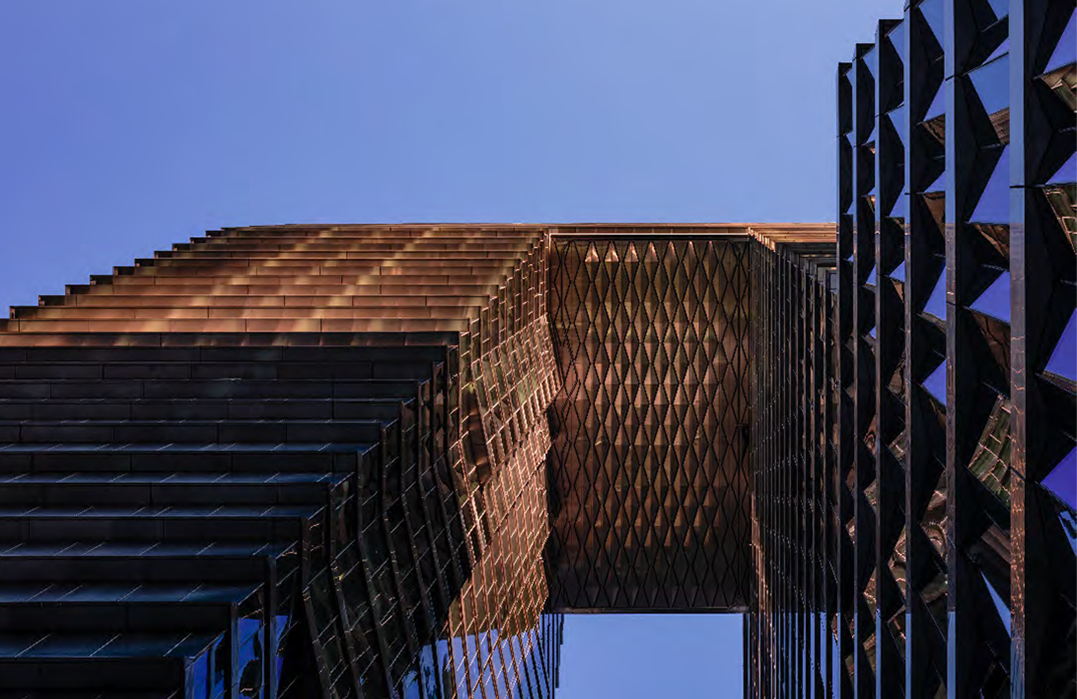 What is often referred to as the ‘Pants Building’ due to its shape, the $1.2 billion dollar development incorporated Rondo Wall and Ceiling Solutions and will soon become the most iconic twin tower set in Victoria’s CBD. Rondo was first engaged to provide a Design R specification to Multiplex for the hotel and apartment, and then supporting Contractor, Expoconti, for supply and installation.

Our Design-R specifications include customised wall and ceiling technical drawings which are specific to each projects’ requirements and provided at the early design stage. Both seismic and high wind loads were taken into consideration when designing the 34-storey twin building, incorporating Rondo MAXIframe® Wall Framing System used internally for large windows and door openings.

As the internal walls in all amenity areas and lift lobby foyers had stone cladding, Rondo needed to design a wall framing system which had the strength to hold the heavier loads. Rondo specified our 92mm DUPLEX Stud® which has a greater load carrying capacity than a traditional steel stud. Party walls in the project were fire rated and incorporated Rondo Steel Stud and Track and in other parts of the building, our acoustic wall system, QUIET STUD® was featured.

Our Rondo XPRESS® Drywall Grid Ceiling System was also used, which is a popular choice for corridors. Being a busy area, services run along the ceiling and into each apartment while still being separated making spacing difficult to hang a ceiling. By using the larger spans of the XPRESS® components XDWS and XDWH, it allows a wall to wall span to be achieved while not being suspended from the structure above. During the initial stages of construction our Rondo Technical Representative, Tino Cucinotta, was meeting onsite 2-3 times a week to discuss any queries Multiplex and Expoconti had, to ensure work continued at a steady pace.